The deeper the NBA goes into the playoffs, the more chirping you see from guys. Dudes start bumping their gums and folks get their feelings hurt, and that is when dudes wanna scrap. Things get chippy, and that is when the bitch made dudes get separated from the tough guys. Labels like “Fake Tuff Guy” get thrown around as folks get exposed for having no heart.

You’ve probably seen the “Kelly on Kelly” feud happening out on the east coast, and Kevin Durant telling the Utah mascot to “get the fuck off the court” is still fresh on people’s minds (a mere five minutes after doing Judo drills with Jazz center Rudy Gobert). I probably heard the “Fake Tuff Guy” take on Durant no less than ten times between last Saturday night and Monday evening.

Part of me agrees that KD is doing a little too much “extra”. I get it though. He’s feeling like Pac after he moved back to the west after signing with Death Row Records. Oakland has a swag about it that is hard not to adopt when you move there. You feel it in the air. You feel it in the street. You feel it when you put your hoodie on and you walk outside your door.

Is he doing too much? He probably is. “Fake Tuff Guy” though? I’m not ready to say all that. Homie grew up in the DMV, (PG County no less). I’ve driven through that area and its nothing nice. Even if he isn’t physically tough like say, a Charles Oakley; you don’t make it out of the environment KD is from by being mentally weak.

I think its important to delineate the different degrees of toughness that you see in the NBA. I respect the fight of little guys like Isaiah  Thomas and Allen Iverson just as much as someone with the physical strength of Goliath. Tough guys like Shaq and Kenyon Martin both played like complete dickheads from time to time–their behavior sometimes even bordered on bullying.

Think about it this way: there is being physically tough because you are bigger than everyone and no one in their right mind would fuck with you. But there are also those players who despite lacking in size, but played with a high pain threshold (#Kobe Tough). Sometimes being tough simply means growing up in a tough neighborhood and either fighting your way through the environment, or somehow sidestepping all the pitfalls that befall a lot of young people in that environment.

Being mentally tough is having the discipline to avoid being on the wrong block, or at the wrong party with the wrong people. You can’t make it out of the neighborhoods that people like Allen Iverson or Kevin Durant escaped by being “soft”. It’s almost disrespectful to suggest that they are.

Conversely, just because a person had a privileged upbringing with very little to worry about but school and basketball, that they are soft. Some of the toughest dudes I’ve ever  met– white, black or whatever–were guys who grew up comfortably, but their “Pops” was on their asses relentlessly to keep them from growing to be a candy ass.

As with any population, the NBA is a very diverse place. The league is full of guys with varying personalities who come from different backgrounds. I’ve put together Bobby Mickey’s tough guy spectrum” which allows us a wider range of freedom to classify who is tough and who is a “cupcake.” I’ve broken NBA players down into four main categories.

“You Better Check Your Tone ” Guys

Let’s start at the top of the NBA food chain with the tough guys. These are the guys no one in their right mind would fuck with. To give you some context, think about when Ron Artest and Ben Wallace got tangled up in Detroit back in the 2004 melee. Artest is a bad dude who could play through crippling migraines and put up a 30 and 20 stat line. He grew up in Queensbridge . But he did not want anything to do with a fight with Ben Wallace, arguably the strongest man in the NBA at the time. This goes to show you that even at the top of the pyramid there is an order.

Unless a player is prepared to fight to the death, he should not pick a fight with Marcus Smart, Zach Randolph, Robin Lopez (don’t laugh I’ve heard enough rumors to be convinced that he’s crazy), Gerald Henderson (who I used to think was a fake tuff guy but I suspect he’s got hands), Matt Barnes (again, crazy), Marcin Gortat (dude looks like he could be in the Polish Mob),  David West, P.J. Tucker, Demar Derozoan   Boban Marjonovic,  Aryon Baynes, Steven Adams, The Morris twins, Metta World Peace (A.K.A. the aforementioned Ron Artest),  Udonis Haslem, Zaza Pachulia, Raymond Felton, Thomas Robinson, Demarcus Cousins, Nene (though you might get lucky and he gets injured and has to stop the fight) Tony Allen, Nikola Jokic (and that goes for any Eastern European, or anyone from Albania, the Ukraine, Serbia, or Georgia, those guys have seen some real shit) Domantas Sabonis (do you know who his dad is?) or Jusef Nurkic. Shout outs to CHARLES OAKLEY for still displaying that old man strength when James Dolan’s goons got in his face at MSG earlier this season. 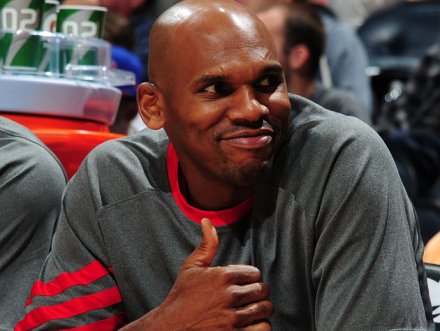 “Don’t pull the thang out, unless you plan to bang”

Don’t let the smiles fool you. These guys will fuck a dude up on general principle. They may be some of the chillest dudes on the team, but watch how quickly things go left when they feel disrespected. These guys come in different statures and sizes, but they are generally pretty down to earth, gregarious, and pleasant. They may not be physically imposing by conventional standards, but this particular kind of tough guys carries a quiet confidence.

They respect the seriousness of conflict and aren’t afraid to take it there, but they also understand that doing so can have immediate and serious consequences. Examples of this guy currently playing in the NBA are Taureen Prince, Davis Bertans (don’t sleep on them Latvians), Harrison Barnes (built like a brickhouse, and also made the Sweethearts list, but he seems like the kind of guy who once he finally got mad would go nuclear), Lebron James (he may be whiny but she is still 6’8 and strong as fuck), Avery Bradley (dude is too quiet), Dion Waiters (He and Kobe Bryant saw two different sides of Philadelphia. Don’t fall for the goofy stuff), Lance Stephenson, who people think is a joke because he has a screw loose and hams it up (don’t forget he still is from Brooklyn, and not the Gelato, fixed gear part of Brooklyn) Kemba Walker, (The last of the New York City Point Guard legends) Serge Ibaka (you see that punch he threw at Robin Lopez?), Shaun “people think we soft cuz we light-skinned” Livingston, Tarik Black, Marc Gasol, Brandon Rush and Chris “Birdman” Anderson (who people sleep on, but he looks “Get into a shootout at the Twin Peaks in Waco” crazy).

These guys are quick to get in other dudes faces, but they not tryna fight. The league fines are too stiff, and the last time an NBA player physically hit someone in the face, that  player broke their hand and missed a significant portion of the season. You’ll see these guys start something, and do a little bit of yelling at each other, until someone breaks it up because everyone knows that no one is fighting. Stock examples of this guy are:

J.R. Smith, Blake Griffin, Kevin Durant, Dahntay Jones (who would have been someone’s bitch in the 80’s and 90’s NBA), Russell Westbrook (you’ve seen the shit that he wears to the arena. Bruh is a bigger diva than Aretha Franklin #fashionista)and  Jae Crowder (J.R. Smith still hasn’t apologized to him for that season ending face smack two years ago).

I’m not saying that these guys are complete pussies. They aren’t. But I think we can all agree that they maybe their DNA more closely resembles Meek Mill than say someone like 50 Cent.

“Can’t we all just get along?”

Sweethearts just want to ball. They are not trying to start any chingaso. Only a first class dickhead would start a fight with these kind of guys. The typical response when you see  someone picking at them is “WHY are they fucking with this guy? What is wrong with them?” Good examples of the Sweetheart are Jeremy Lin, Andrew Wiggins, Ron Baker, Kristaps Porzingis, Nick “What is You Doing?” Young, Mike Miller, Harrison Barnes, Roy Hibbert, Steph Curry, Klay Thompson, Nick Collison, and of course, Dirk Nowitzki. 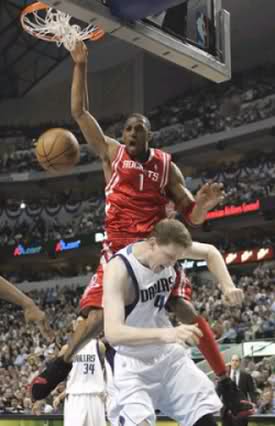 “Do you love this shit? Are you high right now? Do you ever get nervous?”

Somewhere during the course of their lives, these players crossed the threshold that separates nice guys from being p@*$#y. Sweethearts are so well liked that messing with them that speaks volumes about the agitator. The full on weenies are so pathetic because they bring trouble upon themselves. They aren’t necessarily fake tough guys, but anytime they are involved in a dust-up you think “C’mon dawg you know you ain’t gon swing on nobody. Who do you think you are fooling?” You do kinda feel sorry for them until you realize that they probably brought it on themselves with their insecurities. Sometimes these guys were just unlucky and were born with punch-able faces.

Currently the best examples are Kelly Olynyck, Jerryd Bayless (light-skinned dudes am I right??), Matthew Dellavedova, Austin Rivers, Chandler Parsons, Sam Dekker (who had the face of a trust fund kid before he got into the league) Kevin Love, Paul George,  Aaron and Andrew Harrison (busters), James Harden, Enes Kantner, Kyle Singler, James Harden, and Meyers Leonard who looks like the kind of guy who sold Adderall out of his briefcase while he was in college.

The universe is constantly in flux. Things change constantly from day-to-day, game to game, and season to season. Every NBA sequence brings with it the chance to get exposed by someone bigger, faster, and younger. One never knows what can happen and going from being a stud to being washed can happen in the blink of an eye. I created this spectrum not to diss or slander any NBA players, but to illustrate how labels easily stick even if they aren’t entirely accurate. The truth is that the traits that we think make us “brave” are pretty nebulous. We can really only be as tough as the circumstances we fight through.