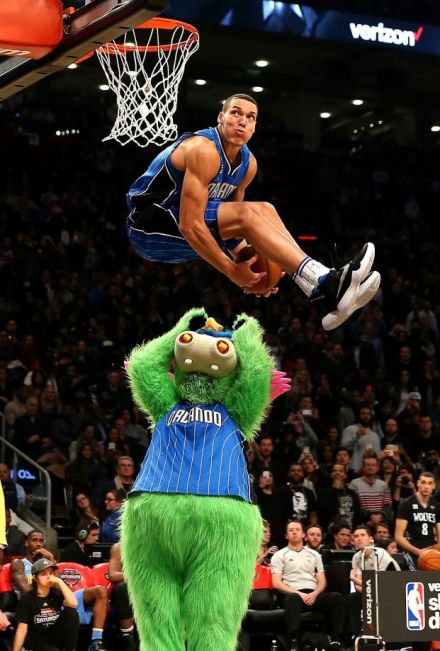 I apologize for letting you down hoop heads. I took the weekend off to record a new episode of Fullsass, and decided to post today rather than Monday or Tuesday, since there were no slated NBA games until Thursday. There were some college contests the last couple of nights, but not what I would call good ass games (though Iowa State and Baylor was about as good as a college game could get).

Before get into this week’s good ass games, I just want to go on record and say Aaron Gordon got robbed. No disrespect to Zach LaVine–his dunks were on point, but saying Aaron Gordon’s dunks were on the same level as LaVine’s, discredits the difficulty and creativity that went into Gordon’s display. When Gordon dunked over that mascot on the hoverboard, he should have gotten straight 15’s. You be the judge.

As for the game itself, well its weird to say this, but watching three straight alley-oops thrown off the backboard can get a little…..tiresome?? All Star games sometimes play out like BET hip hop cyphers, huge and overblown, vulgar, repetitive and sloppy, but also kind of exciting at times.

I watched the first half with some friends, and no one argued against doing something else for the second half of the game. As much as I like Toronto, there is no way in hell I’d want to be up there this time of the year. It looked like everyone enjoyed themselves, and thanks to a longer break, I was able to recover from my long weekend.

I spent a lot of time thinking about this upcoming deadline. There are some role players around the league that could have a serious impact on the few contenders. Jeff Teague, Joe Johnson, P.J. Tucker, and Markieff Morris could really make a difference down the stretch if they go to the right team.

Outside of OKC, Golden State, Cleveland, and San Antonio, there aren’t any other teams who can realistically win it this year. Unless the players moved are game changers, it seems like it would be best to stand pat on any major moves (though I would love to see a Blake Griffin for Carmelo Anthony).

I plan to watch more games this second half (Although I’m certainly getting my money’s worth on League Pass); in particularly Utah, Portland, Boston, Toronto, and Denver. These teams are certainly better this year, and could make some noise in the years to come.

Now that all that is out of the way, let’s get to these good ass games:

Don’t be disappointed if you missed these games. You can re-watch them on ESPN if you are really jonesing. I’ve watched about 5 full college games and only 1 of them lived up to the hype. That being said……..

This is worth watching for the atmosphere alone. The first of this 2 game series is in Chapel Hill, and I have a feeling this will be as good as the time Austin Rivers hit that shot at the buzzer to upset the Tarheels. Plus, its Michael Jordan’s birthday. 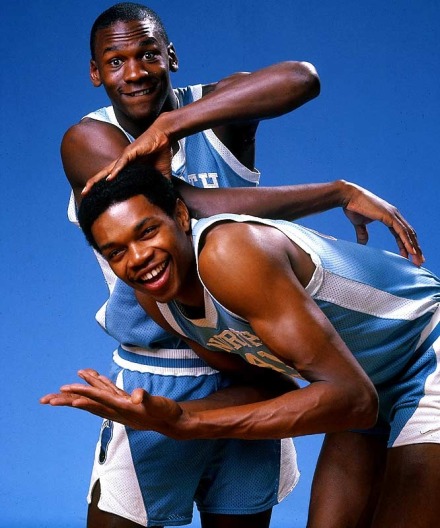 Spurs still on the road. Clippers still without Blake.

By the way,  “Verse of the Year” so far goes to Kendrick Lamar on “No more parties in L.A.” He and Kanye did justice to that beat. #MURDEREDIT

This may be a blowout, but you know C.J. and Dame will come with it. 2 years from now, if things continue to go well for both teams, this could be the Western Conference Finals.

This would be the “Good Ass Game of the Week” if Blake were healthy. Clippers may be able to hang with the Dubs for 3 quarters before it gets busted open.

I think I would have a lot more respect for the Utah franchise changed their name. How many times have you heard people say, “There’s no jazz in Utah.”? Please! Send the name back to New Orleans (The Pelicans name may be exhibit #1 in Tom Benson’s capacity dispute case) and take on a more apt nickname. The Utah snowboarders, the Salt Lake City Punk with Matthew Lillard as an ambassador, or maybe even the Utah Squares…….Bring the Jazz back to New Orleans!

I’m curious what is going to happen between now and Sunday. Both teams need to bolster their bench. Otherwise,this game will only be as good as the role players’ contribution.

The Kobe countdown has officially begun. This is the last half of his final year. Enjoy it you Black Mamba sycophants. It’s about to be over. I wonder if he’ll be an analyst, and work with one of the major networks. I can imagine what that first year of retirement will be like. Can you imagine being a house guest at his spot and waking up with Kobe standing over you at 3:45 in the morning?

Kobe: “Sup dawg? You tryna hit these weights with me? There’s this 16 year old who wants to work out at UCLA.”

Kobe: “C’mon bro. We gotta beat this traffic. After we get through working out. We’ll pick up the girls and go get some pizza.”

Kobe: [laughs] “Nah man. We gotta fly out to Italy actually. It’ll be dope. On the way there we gotta stop in Germany to get my knee drained. C’mon dawg. We’ll only be gone for a few days.”

Kobe: “Good. Bring your winter jacket too. I booked us a rock climbing lesson for when we hit Iceland on the way back.”

Dude has no chill.

It will be an interesting week full of good ass games. Enjoy the trading deadline. Hopefully some stuff pops off.