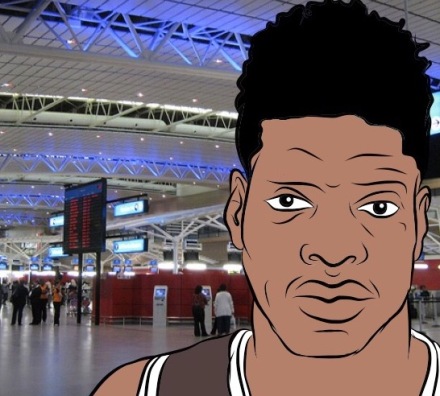 Outside of the Boogie Cousins to New Orleans deal, the trading deadline was a dud. More often than not, there isn’t much action, but expectations got ramped up– thanks to reckless rumors and speculation. In real time, the tweets and rumor articles were flying faster than I could say “refresh”. Looking back on it though, I feel embarrassed that I paid so much attention to it all, but it was too easy to indulge, lying in bed with the flu.

None of the top 4 teams made any moves that will move the needle,though the Cavaliers may finally have that “playmaker” as they expect to sign Deron Willams on Monday (I personally think the dude is washed but would make a solid backup point guard).

Normally I would say Boston did okay standing pat, but considering they could have had any combination of Lou Williams, Wilson Chandler, P.J. Tucker, Taj Gibson, Jimmy Butler, Boogie Cousins, and Doug McDermott (ON THE CHEAP TOO). It is laughable that Boston thinks that they have enough to go into battle with Cleveland in the playoffs. Nothing is guaranteed from season to season, and the Celtics were only two moves (role player and a playmaker) away from seriously competing for a title this year. Instead, they punted on this year. WEAK!!!

New Orleans got Demarcus Cousins for peanuts, but failed to supplement his arrival with another ball-handler. Now you’ll see Anthony Davis and him combine for 89 points a game and still lose. I can’t figure out if I’d rather see them or the Nuggets lose to the Warriors in that first round of the playoffs.

I can’t hate on all the GM moves. Toronto gave itself a puncher’s chance against Lebron and company. Oklahoma City picking up Taj Gibson and Doug McBuckets (AGAIN. ON THE CHEAP) makes my preseason prediction of Warriors-Thunder Western Conference Finals not sound so crazy. Houston picking up Lou Williams makes them an even tougher out this upcoming postseason, while Dallas finally decided to get off the pot (or did they shit? I can’t tell.) when they let go of Deron Williams and Andrew Bogut. Nerlens Noel is a step in the right direction on their way back to the lottery (wouldn’t it be funny if they somehow made the playoffs? Actually I’d rather see that scenario than any other 1 vs. 8 seeds) as the young guys are going to get some run for the Mavericks.

Essentially nothing has changed though, it is still going to be a Cavaliers-Golden State Finals (barring major injuries of course). I would have liked to have seen more player movement among the bottom teams to set up future moves during the draft, but whatever. We may look back on this trading deadline as the day that some GM’s cost themselves jobs. {Yawn} Wake me up when the playoffs start.

Denver at Milwaukee (Good Ass Game of the Weak)

Memphis at Houston (Good Ass Game of the Week)