Here we are at the finish line. If the season ended today, the first round would look like this:

Golden State vs. Utah (please Hoops Gods, for the love of everything sacred about basketball, don’t let the Rockets get in)

Wednesday is the last day of the regular season. By Thursday the playoff matchups will be set, and by then it will be fairly easy to predict what the Finals matchup will look like. At this point, Golden State vs. Cleveland seems to be a forgone conclusion, but anything can happen in 2 months of playoff ball.

Spurs fans should pray that someone beats up, or knocks off the Warriors before a potential playoff meeting, because that is a really bad matchup for them. The length and athleticism on Golden State is just too much for San Antonio. Watching them play reminds me of the Mike Tyson-Lennox Lewis fight. Lewis was too fast, too strong, for the past his prime Tyson.

The Warriors have a far superior backcourt, and the slim advantages that the Spurs have in depth and coaching aren’t enough to overcome that mismatch (Not to mention that Harrison Barnes is a huge x factor to plan against, Barnes is about to get PAID).

Despite the postseason outcome becoming fairly apparent way early in the season, I’ve thoroughly enjoyed what this year brought. The Timberwolves were a nice little story despite the Flip Saunders tragedy. Karl Anthony Towns is going to be a force to reckon with, and Andrew Wiggins can be the Kobe to his Shaquille (but without the fight for Alpha dog status). The Spurs had a very fun and memorable season and despite what happens going forward, it will be remembered as a success.

There was a lot of goofy shit that happened off the court that isn’t worth getting into, but it did affect the on the court product for the Lakers, Clippers, Sixers, the Cavaliers, and the Kings. People who expected the Pelicans and Bucks to improve upon last year’s success were disappointed.  Hopefully next year will be just as exciting on the court, but with less off the court b.s. My wish list? Alright, twist my arm.

If at least one of these things occurs, I will consider the 2017 season a success.

I’m not sure how many of you have subscribed to Shea Serrano‘s Basketball and (Other Things) Newsletter, but I would recommend you peep game. Last week’s “Assault on Precinct 1” issue was easily one of the funniest things I have come across this year. It was so good that it inspired me to do an ESPN REMIX using the exact same premise. You can’t be the “World Wide Leader” without having snitches, police, double agents, and confessions. So according to the format provided by Serrano, just who on ESPN is police?

Are Skip Bayless and Stephen A. Smith police?  Typically in comic books, graphic novels, Edgar Allen Poe short stories, movies and television shows, the police are depicted as inept, bumbling and comical—“so dumb that they have to be told to come out of the rain” as an English professor once told me. Bayless and Smith, if they are cops, would be likened to the Smitty and Hoppy characters from Sanford and Son. Bayless and Smith are mostly on some harmless buffonery in ESPN’s attempt to get ratings. I guess it works. People watch them and let themselves worked up. Do they mislead people to get ratings? Do they take quotes out of context and run with them? Oh you betcha. Do they say things they really don’t believe just to stir up controversy? Absolutely. They are definitely the “Po-Po.”

Is Bill Simmons the police? You ever see those cop shows, where there is a detective who always thinks he is the smartest guy in the room? You know– the cop who does things according to his rules, they call them “rogue cops.” That is Simmons. Simmons thought he was Dirty Harry, but went out more like Officer McNulty from the Wire.  Simmons got wind of the corruption in City Hall and threatened to expose it. Tired of the office politics at his particular station, Simmons goes rogue once too many times, and gets shown his walking papers. The police chief, John Skipper said “Gimme your badge Simmons. You’re done here. Consider yourself retired, you can cash in your pension at the district offices.” Then Simmons was like ” Fuck this department. You know where you would be without me? You’d still be showing Roy Firestone interviews on ESPN2, on the 4pm time slot, if it weren’t for my brilliant police work.” Then on his way out, he slams the office door so hard that the glass shatters everywhere. Skipper’s personal assistant immediately tries using his stack of paperwork for a dustpan as Simmons walked past him, but Skipper tells him to just leave it. Simmons then waits outside the station for his Uber before the scene cuts to a commercial. So yes. Bill Simmons was once police. Now he is not. He’s more like a private detective now.

Is Dan Lebatard the police? Yes, but in the way that David Simon was police. Simply putting reporting crime in hopes of weaving together a tale that will someday get him a tv deal.

Is Zach Lowe the police? No. Even in a fictional world, Zach Lowe is a reporter who just wants to do good work and go home to his family. He is thorough, and methodical and enjoys his job. He is a man above the corruption and politics. He usually asks the right questions that hint at plot twists, and reveals. In a police movie, he would be the reporter who got himself kidnapped because he got a little too close to the truth.

Is Jason Whitlock police? HA! Have you seen Jason Whitlock? He wouldn’t be able to pass the physical exam. If he were police, he’d be an extra on a Police Academy remake. That being said, Jason Whitlock has a reputation of being a hater, and a suspected snitch.

Is Adam Schefter police? Man. What do you think? Is there anybody on that staff with more eyes and ears on the streets than Adam Schefter? Schefter is the kind of cop whose motto is you are only as good of police as your informants.” Hell yeah he police.

Amin Elhassan- Yes. A dirty one. Officer Friendly from Master P’s “I’m Bout it” movie. He is every black cop you’ve ever seen (on tv or in real life) who is an asshole for no reason at all. That being said, a great twitter follow. The man is such a fantastic shit to everyone (to be fair he’s bombarded with tons of idiotic tweets) that it is impossible to take your eyes off his timeline, but it may be better just to avoid this guy altogether if you to.

David Jacoby –Maybe he is, or maybe he isn’t. But anybody who claims to love hip hop and says they don’t know about Nelly’s “Tip Drill” video, is in my mind suspect. “Pleasssssse. Check him for a wire or an ear piece.”

Jalen Rose– Just that dude from the neighborhood who knows everything that is going down before it even happens. Homie is like Huggy Bear from the Starsky and Hutch series. He may work with police, but he ain’t police. Also check out his autobiography, “Got to Give the People What They Want.” It is a pretty entertaining read. I’ll be doing a book review on it later this week on the site. 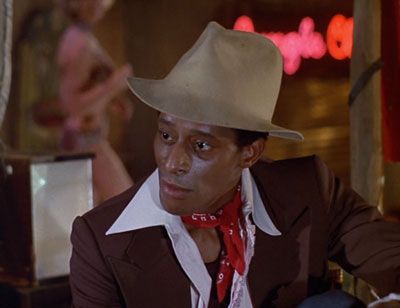 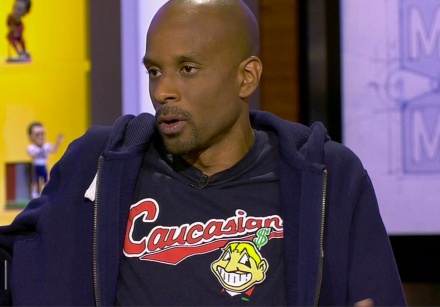 Big ups to Shea Serrano, one of my favorite writers right now, who I hope isn’t offended that I borrowed his format and ran with it. As a hip hop fan (whose book I will be purchasing this week sometime), I hope he thinks of this as someone freestyling over a beat he made hot, as opposed to straight biting his style (Call me crazy, but I think we may be able to get him on the Full Sass Podcast someday).

Good Ass Games of the Week are posted below, and remember folks, “Be careful out there.”

Good Ass Games of The Week:

Both teams are just jockeying for seedings, but no matter the result, it looks like those first round matchups out east are pretty much set.

This may be a preview. We may see these teams face off in the playoffs. This is like getting a first round bye for whoever gets to play Memphis. They got decimated with injuries this year and still made the playoffs. #respect

I doubt either team will play their starters, but it is always fun to watch the Spurs bench whup on the other teams’ reserve players.

Dallas will try to win this game and still may get blown out.