Random thoughts from watching this game:

Don’t let the final score fool you. This was a good ass game and very entertaining with lots of good runs. Its worth the sit down. Trust me. 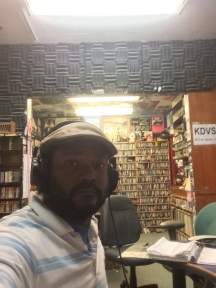 Mitch Richmond and Chris Mullin followed former teammate Tim Hardaway’s lead and flew into town to see what the hype was about.

Wayne Selden made one of those trademark “Kansas basketball” hustle plays that he is becoming known for (which leads me to ask if he is the emotional leader of the team).

Corey Jefferson and Isaiah Austin played about as well as I expected them to; each chipping in 16 points. Brady Heslip went “Phil Forte” on the Jayhawks, shooting 6 for 10; all but one of them 3 pointers.

The game itself was uglier than Baylor’s Highlighter yellow jerseys. The second half barely had any flow whatsoever, and both teams had a combined 32 turnovers (although Tharpe himself had none) . Truth be told, I was a little bored. I spent most of the game wondering how many teams are capable of beating KU, and looking for ways that it could happen.

It would be easy to throw the teams that already beat KU into the discussion, Florida, Colorado, Villanova, and San Diego State. I think that would be lazy though. Kansas is better than all four of these teams, and if they played again, the only team I could see getting away with another W would be san Diego State with their physical front court and solid guard play.

I went through the top 25 (which means nothing really let’s be honest. Villanova just let Creighton put up 96 on them. This means that Creighton will jump up higher than they should be, and Villanova will drop to a ranking more suitable for them. I’m not sure if any of the top ten teams that KU beat are really top ten teams. Villanova was a #4) and only found four teams that the Jayhawks should be scared to play:

#1 Arizona- possibly the most complete team out there.

#3 Michigan State- any Izzo coached team will be a dogfight.

#5 Wichita State- a team that I think can beat ANYBODY in the country.

If the Jayhawks do lose a game in the NCAA’s it will be because of turnovers not talent. They lead the Big 12 in turnovers; which may or may not have something to do with being the 4th youngest team in the nation.A lot of games left in conference play. Its clear that KU is on track to dominate “the best basketball conference in the land” (ACC?). If I were a betting man, I’d say this team shouldn’t lose more than 2 conference games this year. You never know about these things though, I was so sure it would be a Patriots-Niners Super Bowl. Now its the Seahawks and Broncos in the Stupor Bowl. Of course this is why they play the games. The gap in talent and depth between Kansas and the rest of the conference is immense, and the gauntlet they just went through proves it. I hope Self has been teaching them in practice how to cut down the nets.